Commonwealth Scholarships and Fellowships to Study in UK 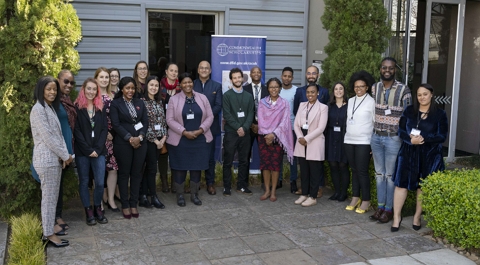 Commonwealth Scholarships and Fellowships provide talented and motivated individuals with the opportunity to enhance knowledge and skills in various sectors, to be able to contribute to sustainable development in their home countries. These awards are offered under six development themes:

To date, over 30,000 people have taken up Commonwealth Scholarships since the first group of 175 Scholars arrived in the UK in 1960. During those six decades the scheme has constantly developed, adapting to the very different world of a 53-nation Commonwealth.

All scholarships are part-funded by UK Host universities but the majority of Scholarships and Fellowships are funded by the UK Foreign, Commonwealth & Development Office (FCDO).

Target Group of the Commonwealth Scholarships and Fellowships

The Scholarships and Fellowships are targeted at:

Aims of the Scholarships

With the scholarships, the UK aims to contribute to its international development focus and wider overseas interests, supporting excellence in UK higher education, and sustaining the principles of the Commonwealth.

We will be describing the Commonwealth Scholarships and Fellowships details, eligibility and funding values, as well as the application windows shortly.

Commonwealth PhD Scholarships are for candidates from least developed countries and fragile States in the Commonwealth, for full-time Doctoral study at a UK university, supporting research that will have a developmental impact. Candidates must apply to a Nominating Agency which will then put forward candidates to the CSC. Scholarships are expected to open in September while Agencies will nominate candidates to the CSC by December. It is fully funded to cover airfare, Tuition and Stipend (living allowance) at the rate of £1,236 per month, or £1,516 per month for those at universities in the London metropolitan area. You can also have Spouse allowance of £266 per month and child allowance of £266 per month for the first child, and more.

These Scholarships are offered to students who could not otherwise afford to study in the UK but have the potential to become influential teachers or researchers in their home countries. They are fully funded 12-month PhD Study scholarships. You must be registered for a PhD program in a UK institution before the award period in September.  Study periods can be split between home country and the UK.  Stipends up to £1,133 per month, or £1,390 per month for those at universities in the London metropolitan area are available, and more. Applications are made directly to the CSC using the CSC’s online application system.

This one-year taught Master’s programmes is one of three Master’s programmes offered by the Commission. It is awarded to eligible candidates from lower- and middle-income Commonwealth countries, to undertake full-time taught Master’s study at a UK university. Candidates apply in September when applications open to a Nominating Agency which will then forward candidates to the CSC. They are fully funded with stipends up to £1,236 per month, or £1,516 per month for those studying in London.

Commonwealth Distance Learning Scholarships are awarded to talented and motivated individuals unable to study in the UK for financial and other reasons. These scholarships for part-time Master’s study by distance learning on selected courses offered by UK universities are for courses not available in candidate’s home countries. The funding is up to £18,000 per scholarship. Candidates’ application opens in January.

These are full-time doctoral study at a UK university.

Mid-career professionals (with five years’ relevant work experience) working in development-related organizations in low- and middle-income Commonwealth countries. The Fellowship which is a fully funded – stipends up to £2,197 per month, arrival allowance of £972.59, travel allowance of £1,000 per fellow, and more – is a non-degree programme, and starts in February to run for three months. Applications closes in August.


DISCLAIMER: This is NOT the official funding source page but only a one-page summarized listing of the funding program(s) gathered from different sources, hence, you are solely responsible for your use of the information on this page. While we endeavor to keep all information on scholaryfund.com up to date and correct, we advise user’s discretion